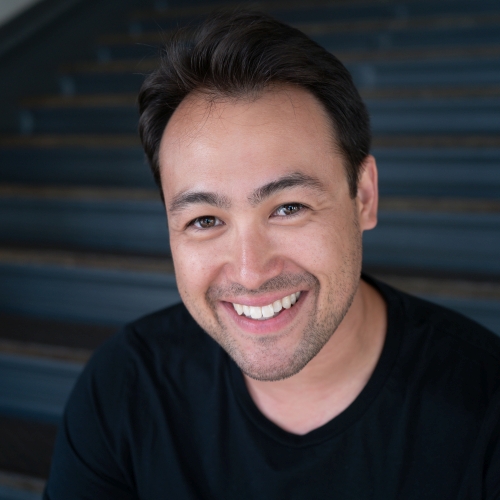 American baritone Eugene Villanueva has been hailed by critics for “a voice as handsome as his countenance” (San Francisco Classical Voice). His “full resonant instrument, flowing legato line, gorgeous vocalism allied to passionate declamation, and exemplary diction” have brought him great success in opera and concert halls throughout the United States, Europe and Asia.

In the 2017-18 season, he made his debut as Marquis Posa in Don Carlo at Staatstheater Braunschweig, where he also performed Barabashkin in Shostakovich’s operetta Moskva, Cheremushki and Escamillo in Carmen. Subsequently, he covered Toby in Michel van der Aa’s Sunken Garden and in 2019, returned to San Francisco Opera for the role of the Novice’s Friend in Billy Budd. Upcoming engagements include his debut with Seattle Opera as Schaunard.

The San Francisco native started his professional career in 2007 at San Francisco Opera as Prince Yamadori in Madama Butterfly. Further important engagements in the US were with Opera Santa Barbara as Danilo in The Merry Widow, at the Opera Theatre of St. Louis as Schaunard in La bohème, at the Michigan Opera Theatre as Figaro in Rossini’s Il barbiere di Siviglia,  Ping in Turandot and Escamillo in Carmen with Venture Opera NYC.

He made his European debut in 2010 at the Theater Basel (Switzerland) as Albert in Werther. Since then, he has regularly returned to this theatre in diverse roles such as Conte Almavia in Le nozze di Figaro, Prince Yeletzky in The Queen of Spades, Gamekeeper in Rusalka, Lescaut in Massenet’s Manon, Oronte in Charpentier’s Médée, and in 2015 he portrayed the role of M5 in the contemporary opera Hölderlin by Peter Ruzicka. Another important debut took place in 2011 with the Teatro Comunale di Bologna in Italy, where he garnered resounding acclaim as Dandini in Daniele Abbado’s production of La Cenerentola. Further guest appearances include the role of Mr. Slook in Rossini’s La cambiale di matrimonio in the Festival Aix-en-Provence (France), and two opera fragments by Claude Debussy, La chûte de la maison Usher and Le diable dans le beffroi, with the Göttinger Symphonie Orchester (Germany), which were recorded on CD by Pan Classics. With the renowned Italian Festival Puccini Torre del Lago he was heard as Schaunard in La bohème and as Lieutenant Noda in Shigeaki Saegusa’s Butterfly sequel Junior Butterfly, a role he repeated in Tokyo’s Bunkamura Orchard Hall (2016) and at the Hungarian National Theater Miskolc (2017).

An avid recitalist, he made his Carnegie Hall debut in 2008, returning in 2017 with a new program of Lieder by Johannes Brahms and Hugo Wolf. He was a member of the Marilyn Horne Foundation, which presented him in recitals in New York and Pennsylvania, and he has also presented concerts for San Francisco Opera’s “Schwabacher Debut Recital Series” and the “New York Festival of Song”. In Europe he was featured at the prestigious “Podium der Jungen” series in Hannover, Hamburg & Frankfurt (Germany), and most recently he presented a song recital with works be Paolo Tosti under the auspices of the 21st Ruggero Leoncavallo Festival in Brissago (Switzerland). He is also the first and only American ever to have been awarded the coveted Tosti song prize from the Istituto Nazionale Tostiano in Ortona (Italy).

He has been featured as soloist with orchestras such as the San Francisco Symphony, the Los Angeles Philharmonic, the Accademia Nazionale di Santa Cecilia, the Toscanini Orchestra of Parma, the Norddeutscher Rundfunk (NDR) Philharmonie and the Orchestra de la Suisse Romande.

In 2020, he sang several New Year’s concerts with the Argovia Philharmonic and upcoming is his debut with the Württembergische Philharmonie Reutlingen in Rossini’s Stabat Mater. 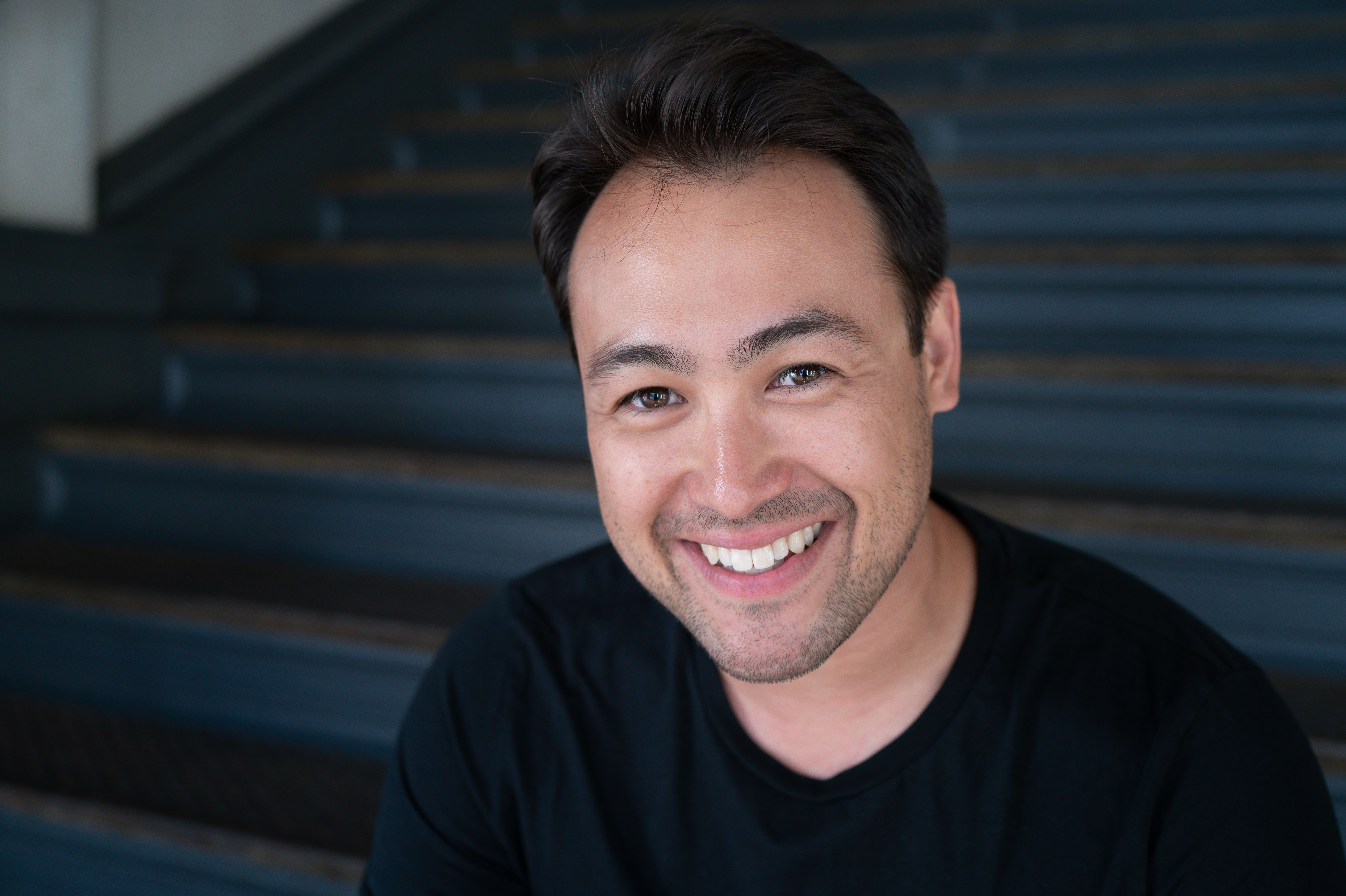 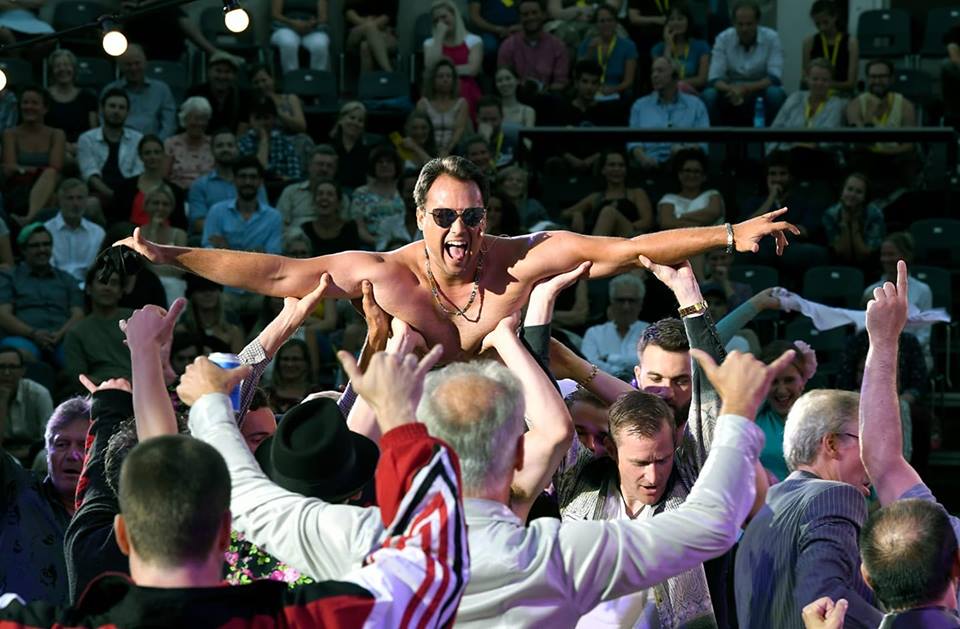 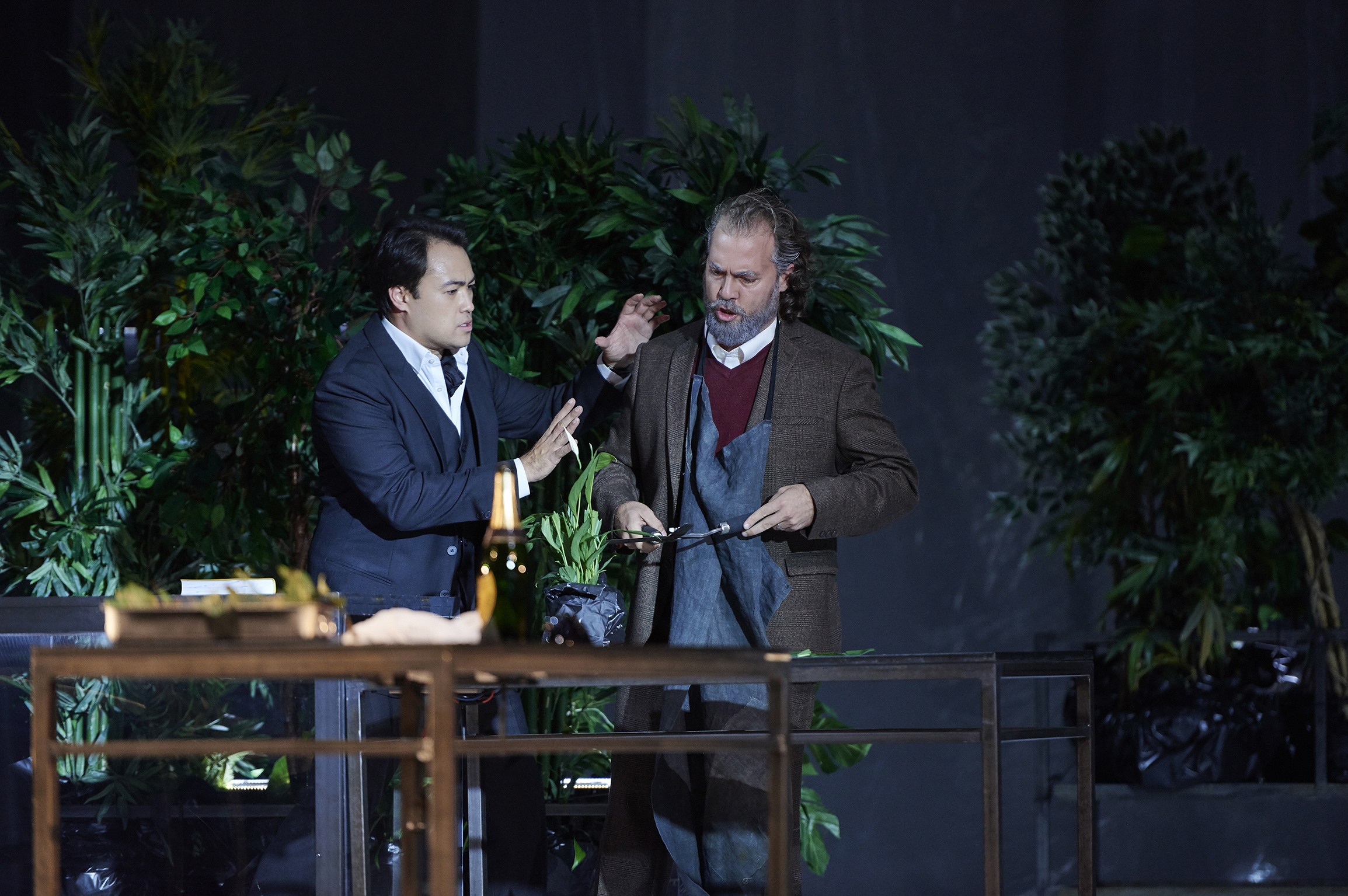 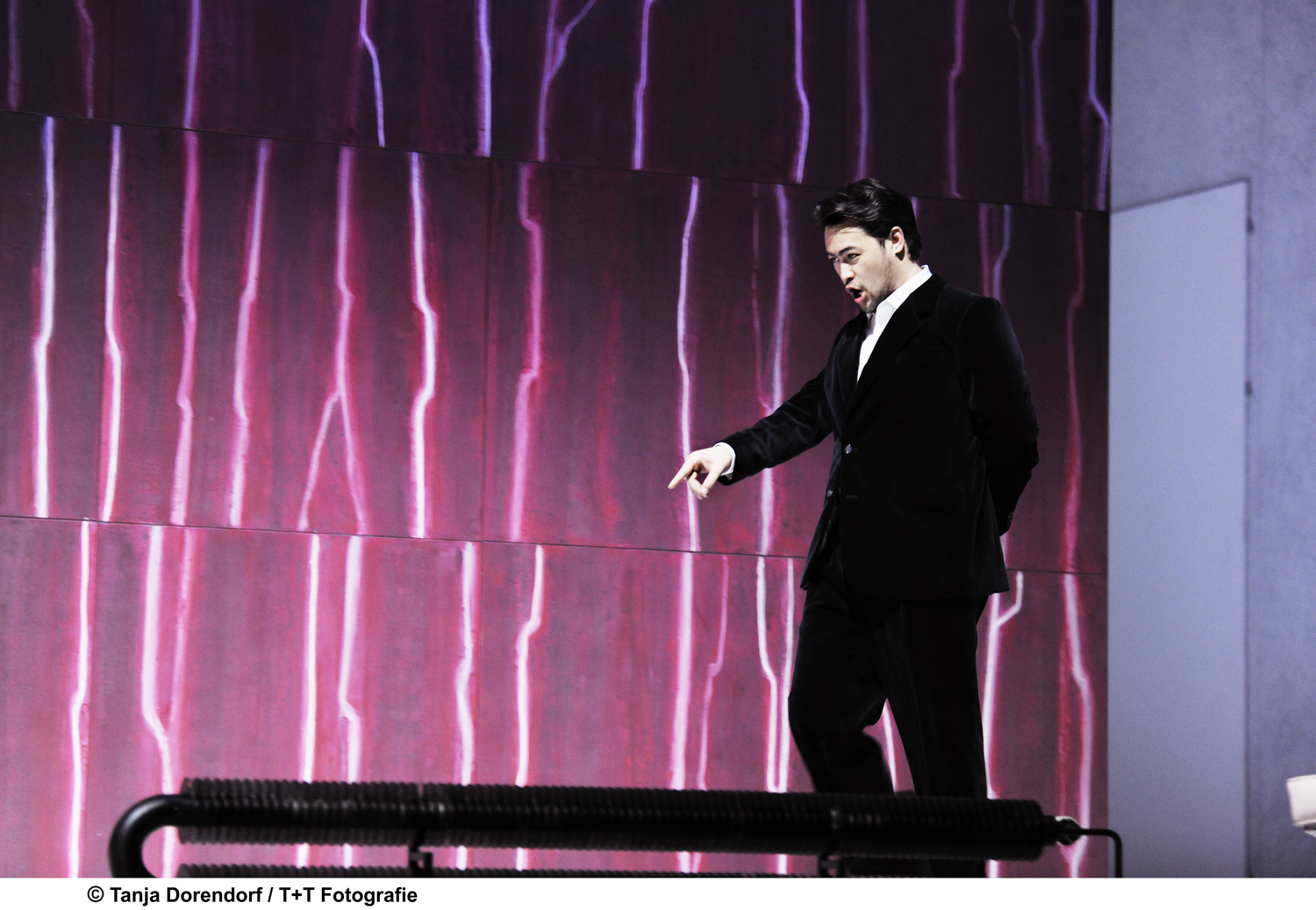 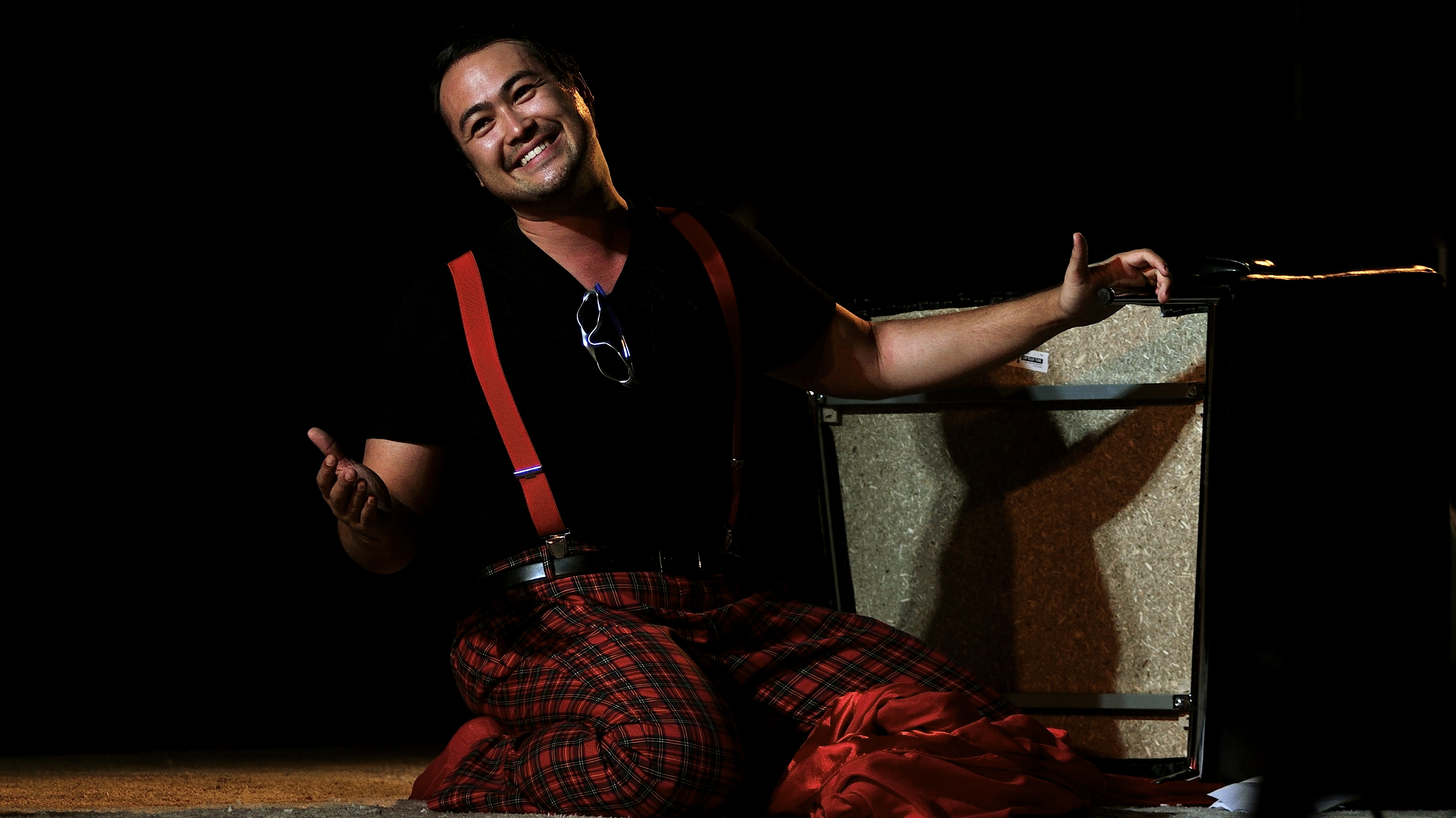