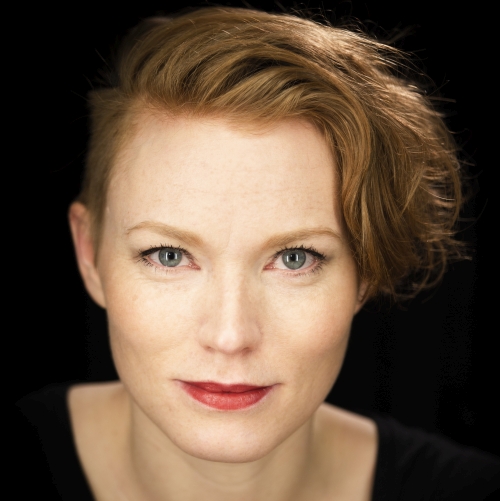 Mezzosoprano Solgerd Isalv joined the ensemble of the Staatstheater Darmstadt in 2020-21, and already garnered critical acclaim in her first season as Hélène in Lili Boulanger’s Faust et Hélène and the title role of Handel’s Lucrezia. In the current season, she sings Dulcinée in Don Quichotte as well as Flora/Annina in La traviata.

For the 2014-15 and the 2015-16 seasons, Solgerd Isalv joined the Nuremberg Young Artists Program, and was heard at the Staatstheater Nürnberg as Flora in La Traviata, Cherubino in Le nozze di Figaro, Second Lady in Die Zauberflöte, Second Norn and Wellgunde in Götterdämmerung, Mercédès in Carmen as well as Orlofsky in Die Fledermaus. She also scored a huge success in the title role of the world premiere of Pinocchio, a children’s pastiche opera with music by Giacchino Rossini. In 2016-17, she joined the ensemble of the Staatstheater Nürnberg for performances as Hänsel, Wellgunde in Das Rheingold and in Götterdämmerung as well as Charlotte in Bernd Alois Zimmermann’s Die Soldaten.

Further important international engagements were Siébel in Faust with Norrlandsoperan, Feodor in Boris Godunow with Göteborg Opera, Néris in Medea at the Schlossberghalle Starnberg, the title role in La tragédie de Carmen with Wermland Opera and  the Innkeeper in Boris Godunow at the Staatstheater Mainz.

On the concert stage, she performed Mendelssohn‘s Paulus with the Moscow State Symphony Orchestra, Bernstein’s Jeremiah with the Staatsphilharmonie Nürnberg, Bach’s B-minor Mass with the Haydn Orchester Bozen, Berio’s Folk Songs with the Symfonisch Orkest Opera Vlaanderen, Mozart’s Requiem with the Orchestra Sinfonica di Milano Giuseppe Verdi, Mahler-Lieder with the Staatsorchester Darmstadt, and most recently, a New Year’s concert with the Stadtorchester Solothurn and songs by Alma Mahler with the Philharmonisches Orchester Bremerhaven.

As a freelancer, Solgerd Isalv signed her first professional contracts with Skånska Opera and Göteborg Opera. Soon after, she successfully made her debut in Germany, performing the title role in The Rape of Lucretia at the Kammeroper Schloß Rheinsberg. This led to her first German guest engagement at the Theater in Gera/Altenburg. She also sang Lucretia at the Miskolci Nemzetközi Operafesztivál in Hungry. Praised by critics for her stage presence and acting ability, Solgerd Isalv portrayed a temperamental Carmen in the well-received, flamenco-inspired production at Opernwerkstatt am Rhein, did push-ups as Cherubino in Le Nozze di Figaro (Skånska Opera), took sunbaths in the middle of the Finnish winter as Olga in Eugen Onegin (Vaasan Ooppera), and put on a tailcoat as Orlofsky in many productions of Die Fledermaus. Her flexible voice and wide knowledge of music allow Solgerd Isalv to move effortlessly between baroque, romantic, and contemporary repertoire. She has sung many world premieres such as Stephan Peiffer’s opera Die Verwandlung and Ola Salo’s rock opera KULT with the Swedish Radio Theatre.

Solgerd Isalv was born in Råneå, Sweden. After early training as a violinist and violist, she went on to study solo voice at the Academy of Music and Drama at the University of Göteborg with Marianne Schell and Prof. Eva Nässén, finishing with a Master’s Degree in Music Performance.

She has received numerous grants during her studies and early career, including the prestigious Swedish Wagner Scholarship, as well as scholarships from the Royal Swedish Academy of Music and the Swedish Arts Grants Committee. She has taken part in masterclasses with teachers such as Helena Döse, Håkan Hagenård, Matti Hirvonen, Marianne Häggander, Anna Larsson, Neil Mackie, Thomas Quasthoff, and Birgitta Svendén, and in 2013 was one of few young singers accepted into the Wagner Academy in ‘s-Hertogenbosch, where she studied with Dunja Vejzovic. 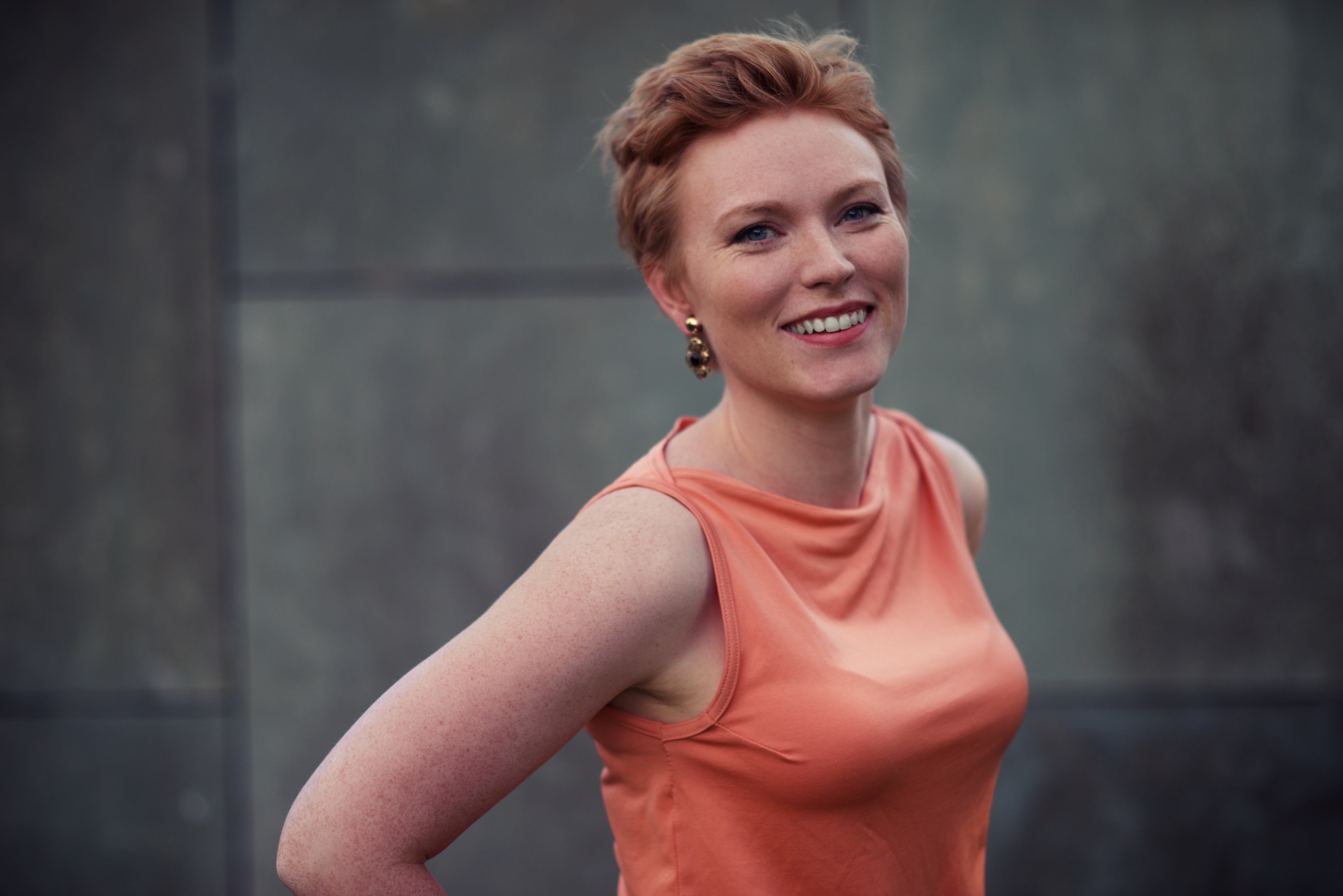 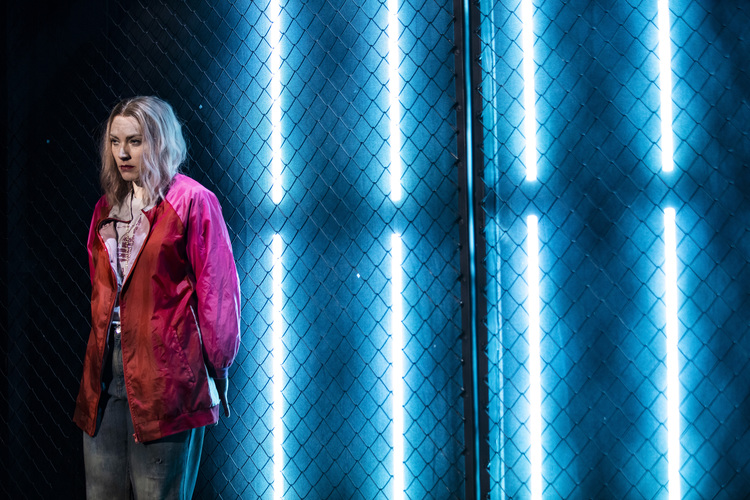 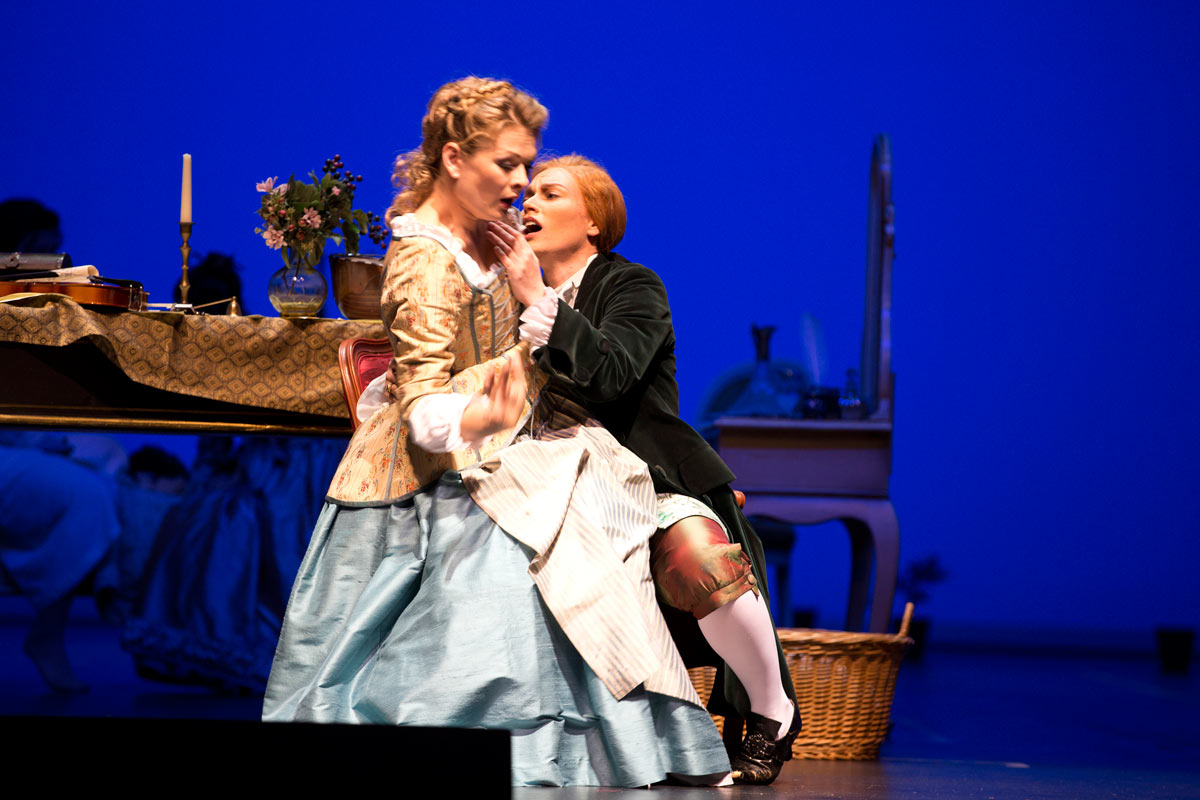